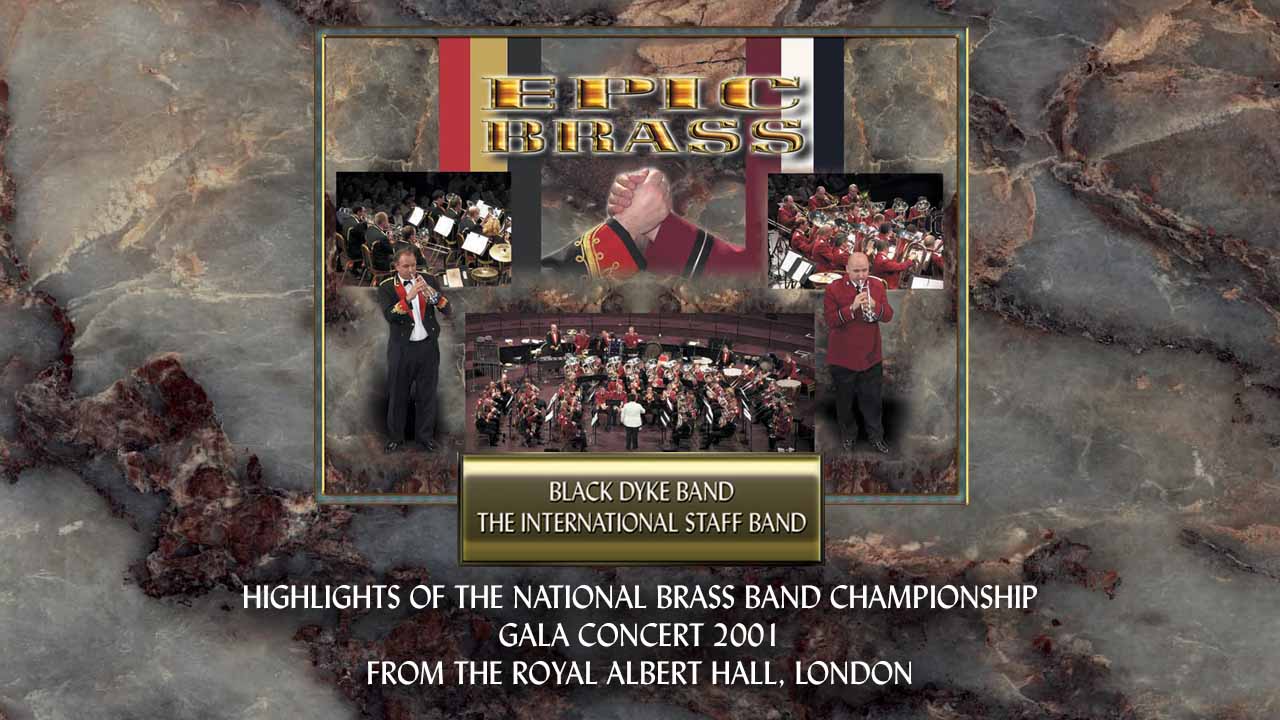 wobplay is very excited to bring you the opportunity to experience a generation defining event in the brass band movement.  Originally presented as the Gala Concert for 2001’s National Championships, Epic Brass brought together the contesting and Salvation Army band worlds in a way that had never happened before.  The link between The International Staff Band of The Salvation Army and Black Dyke Band exists to this day and in 2001 both groups were in exceptional form.

This release marks what would have been one of the highlights of the contesting calendar, The National Championships of Great Britain, which like so many other events, cannot happen this year.  We hope this will bring some of that excitement to your life this weekend and beyond.

Featuring household names such as David Thornton, Roger Webster and David Daws as soloists and of course Stephen Cobb and Nicholas Childs at their respective helms, this is a blast from the past well worth revisiting!