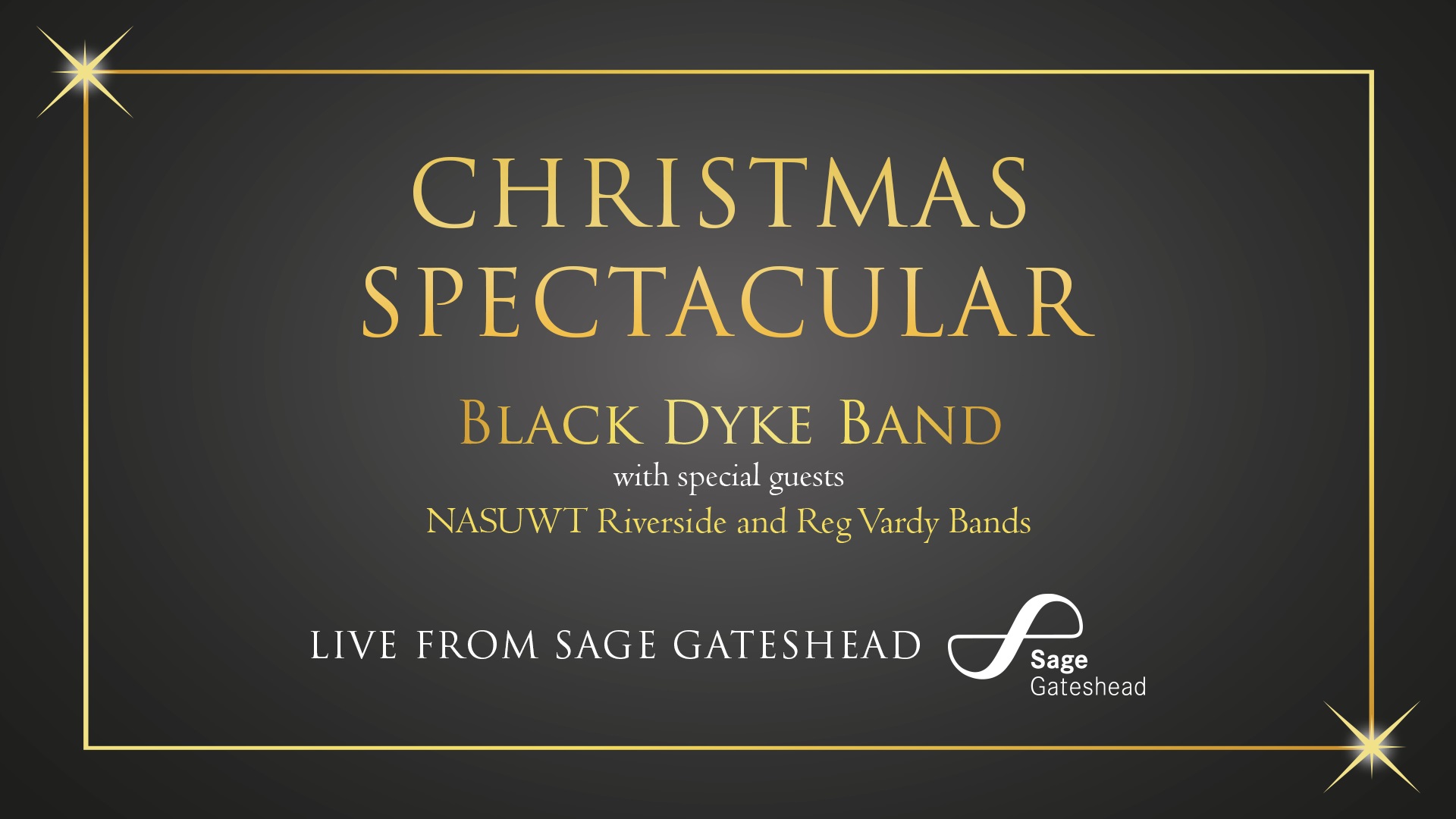 A fantastic concert filmed at Sage Gateshead on Sunday 4 December 2022 features the world famous Black Dyke Band joined by local favourites, NASUWT Riverside Band & Reg Vardy Band.  The newly-formed Redhills Youth Brass Band also join the massed band for the encore.  The first half includes traditional brass classics, while the second half features festive favourites to get you in the Christmas spirit.  The Three Tenors - Daniel Thomas, Glenn Van Looy & John Storey (euphoniums) feature in both halves of the concert.  Conducted by Professor Nicholas J. Childs.  The music is played by the Massed Band unless otherwise listed.