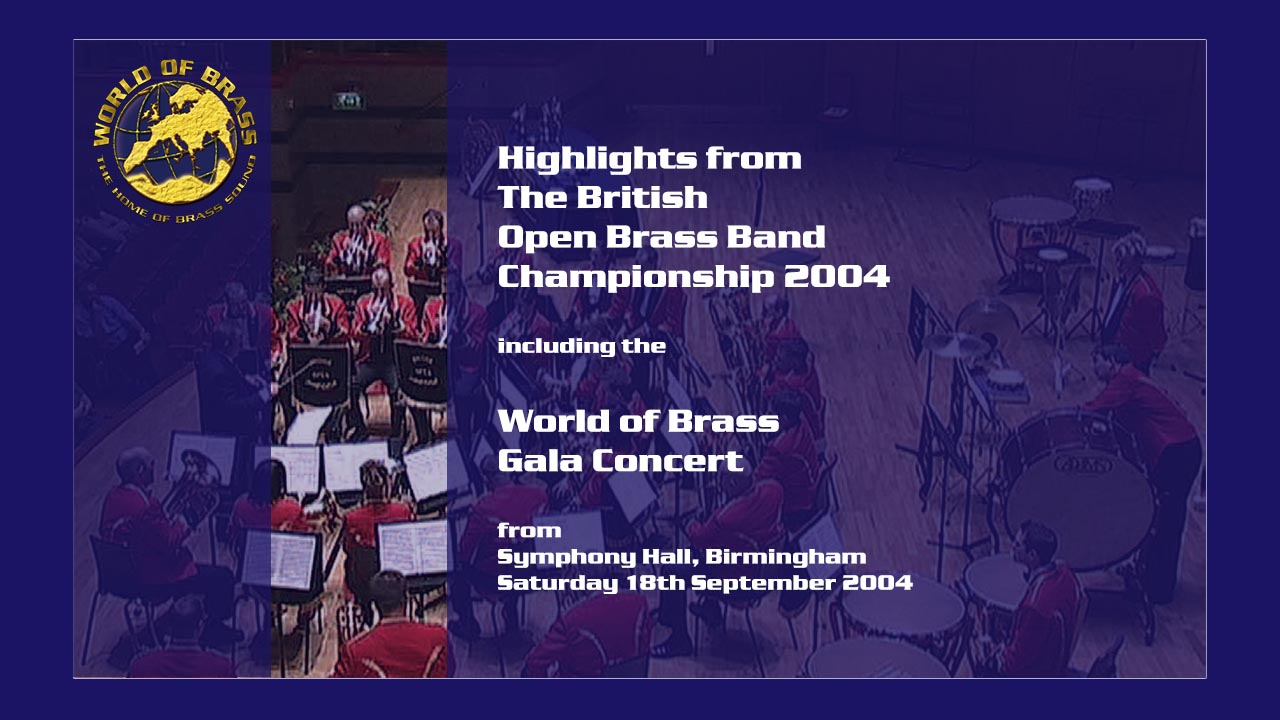 Highlights from The British Brass Band Championship 2004, including the World of Brass Gala Concert.

Performances from three of the highest scoring bands playing each of the three test pieces: Kenneth Downie's St Magnus, Peter Graham's Montage, and the winning perfomance by Foden's Richardson Band, conducted by Garry Cutt, of Wilfred Heaton's Contest Music.  There are interviews with conductors, adjudicators and other personalities, and the programme is introduced by Frank Renton.  The Gala Concert includes two extended sets by Yorkshire Building Society Band and Stavanger Brass Band, both conducted by David King and featuring solos from Sheona White, Peter Roberts, Espen Westbye and Margrethe Tønnesen.